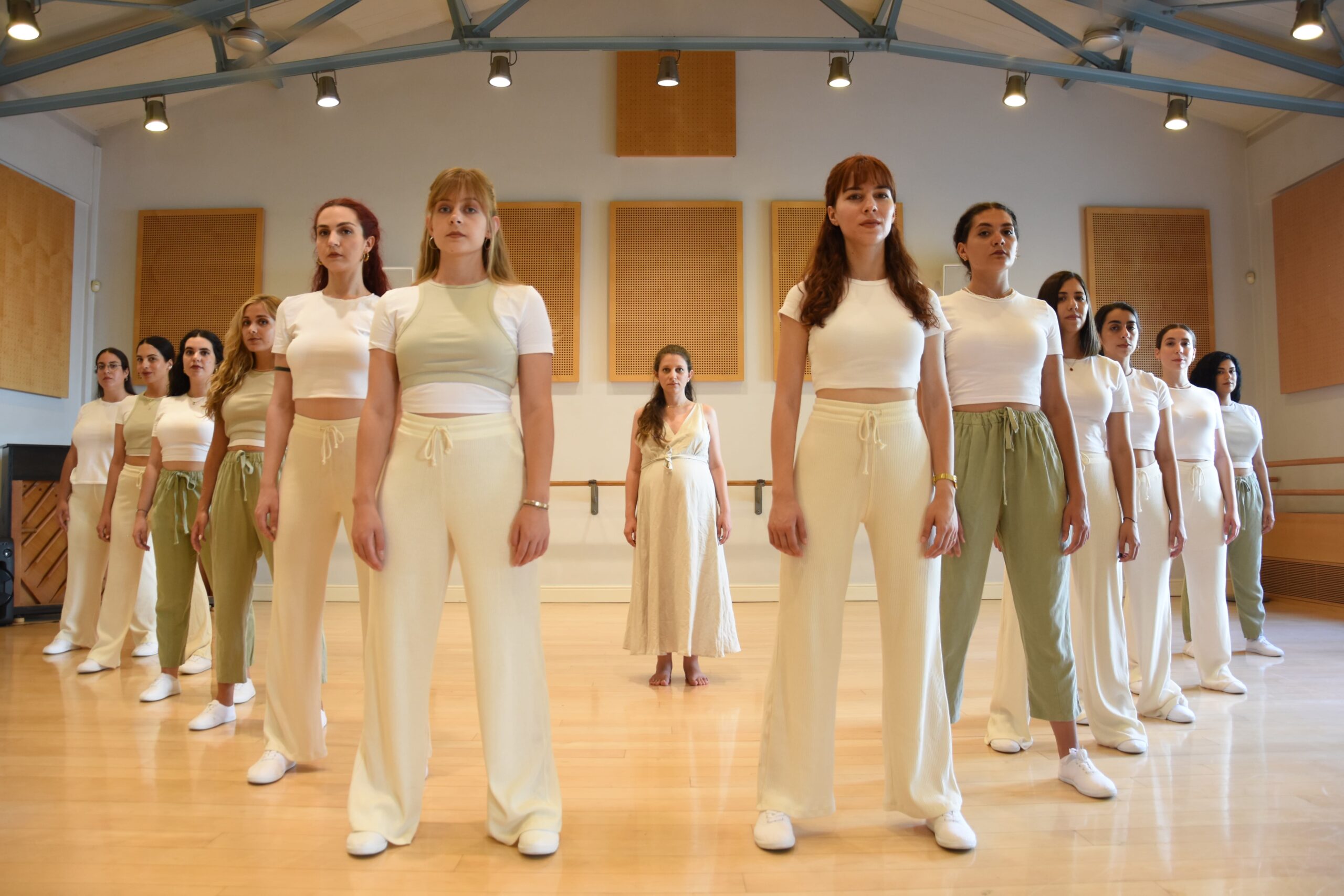 The performance is based on songs that were composed in the 19th century, are related to folklore, and follow both the annual cycle of festivities and the course of the adulthood of the woman as depicted in the folk tradition.

The performance “SIX”, presented under the Ministry of Culture and Sports’ programme “All of Greece, one Culture”, is based on songs recorded in the 19th century and associated with corresponding folk customs, which follow the annual cycle of festivities and the course of the adulthood of the woman as depicted in the folk tradition: from the customs of the perperuna (Greek folk tradition), the cradle, the vulture, the wedding, the tender lullaby and the heartbreaking Doom of the Virgin.

This is a series of works by Martha Mavroidi exclusively for voices, which use traditional songs as the first material, and process lyrics, melodies and patterns, creating a music of a new texture. The works assimilate melodic and poetic material from traditional monophonic songs, creating a new polyphony which is inspired by traditional music, combining it with modern harmony.