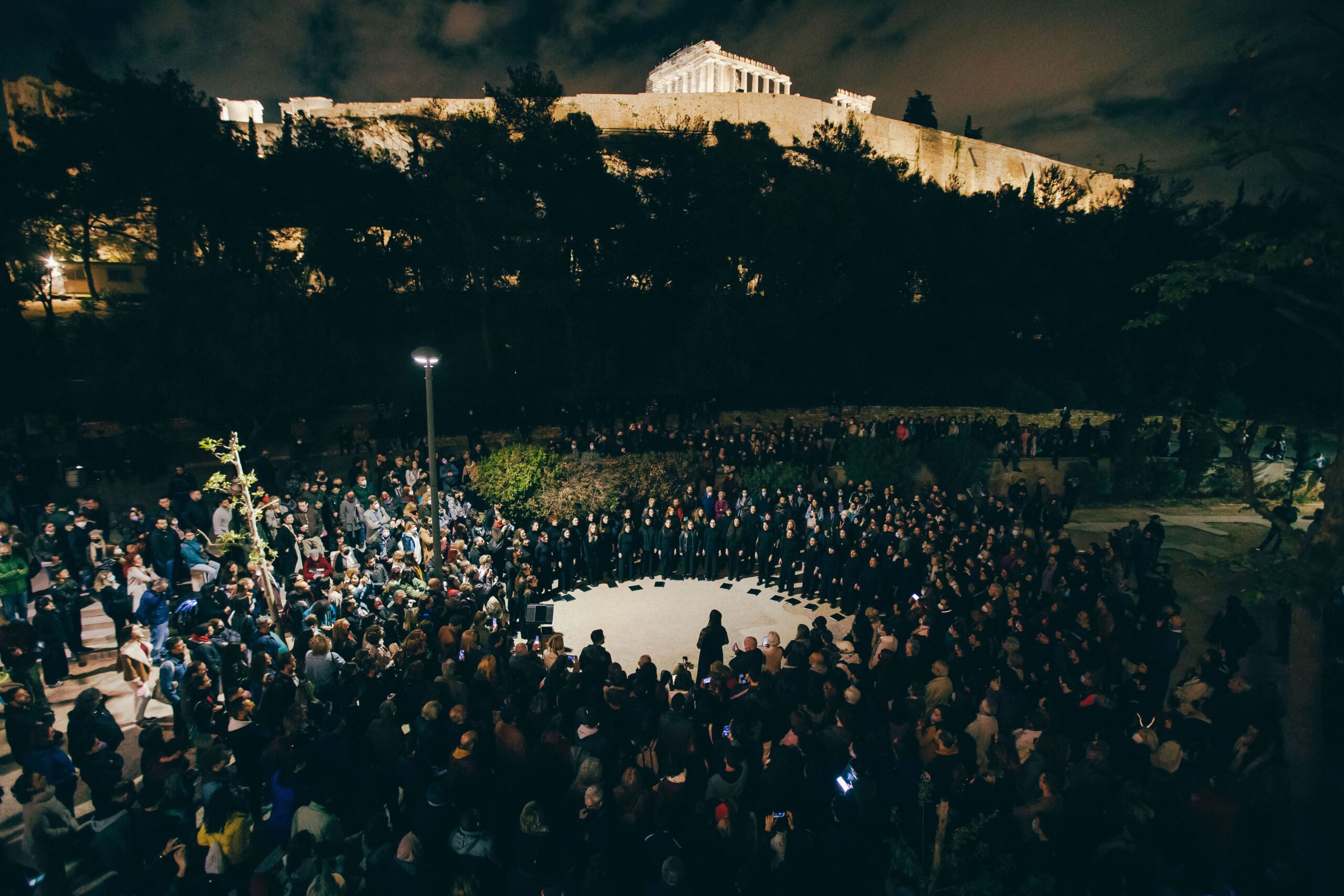 chórεs female vocal ensemble is a hub for artists created in 2017, as a result of a series of artistic events organised by Marina Satti with the goal of bringing out the world folk song repertoire and combining music, dance and drama education with performance and artistic expression. chórεs ensemble now consists of more than 150 women aged 13 to 55. They collaborate with celebrated teachers from different art fields and their goal is to evolve into a strong community of mutual support that favours the creation of open-minded and socially aware artists.

Their diverse repertoire ranges from folk songs from Greece, Balkans and the Eastern Mediterranean. The ensemble has sung works by Konstantinidis, Samaras, Tsalahouris, Baltas, and other Greek and foreign contemporary composers. chórεs ensemble regularly collaborates with the Greek National Opera, with its members having participated in such productions as Nikos Kypourgos’ Medea, Theophrastos Sakellaridis’ Sataneries, Domna’s Song, Mikis Theodorakis’ Epitaph, festival Exit: Spring, etc. In 2020 chórεs ensemble went on its first tour across Greece as part of the Ministry of Culture’s programme “All of Greece, One Culture”, and in 2021 they presented the musical performance EXI (Six) to music by Martha Mavroidi, as part of the same programme.

In this concert chórεs will perform sacred music compositions by known and unknown composers from different parts of the world (gospel, spiritual, Swahili, etc.)

With the participation of: