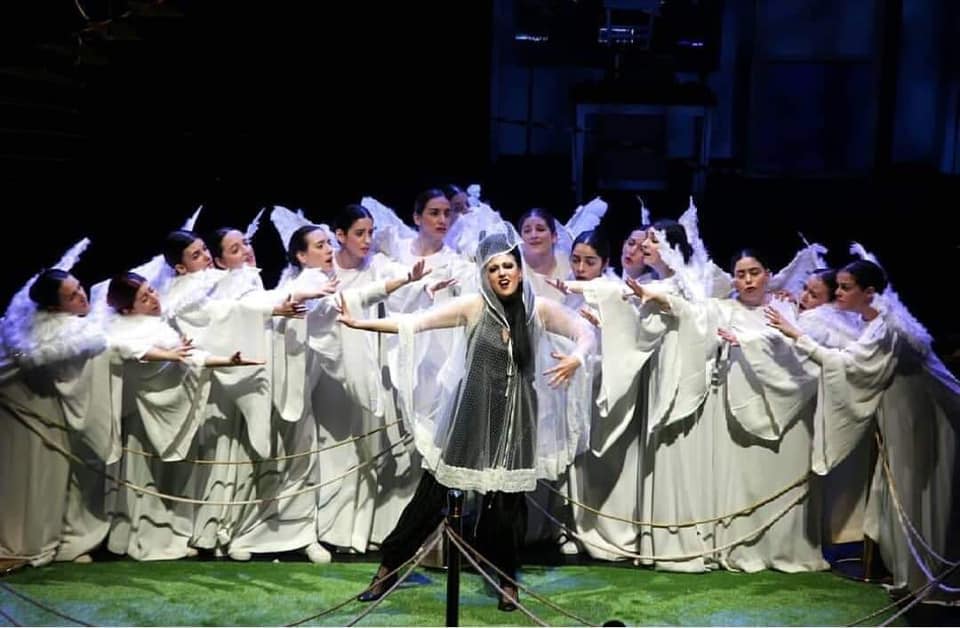 Chórεs performed in the hilarious operetta Sataneri by Theofrastos Sakellaridis which inaugurated the third cycle of the Musical Theater Days 2019 at the Alternative Stage of the National Opera. The performance restored for the first time the original orchestration of 1930.

Satanerie is a morality play that contrasts hell with paradise and advocates, just as boldly and ironically as Mahagony, the benefits of modern immorality over traditional morality. Based on his own original idea, Sakellaridis mixes romantic arias with traditional greek songs, rebetika, blues and fox trot and satirizes the current, as well as timeless Greek impunity, through the story of Andreas, an unfortunate fellow,  who at the crossroads of virtue and evil, chooses the second, after having been toured to the underworld by Satan himself!