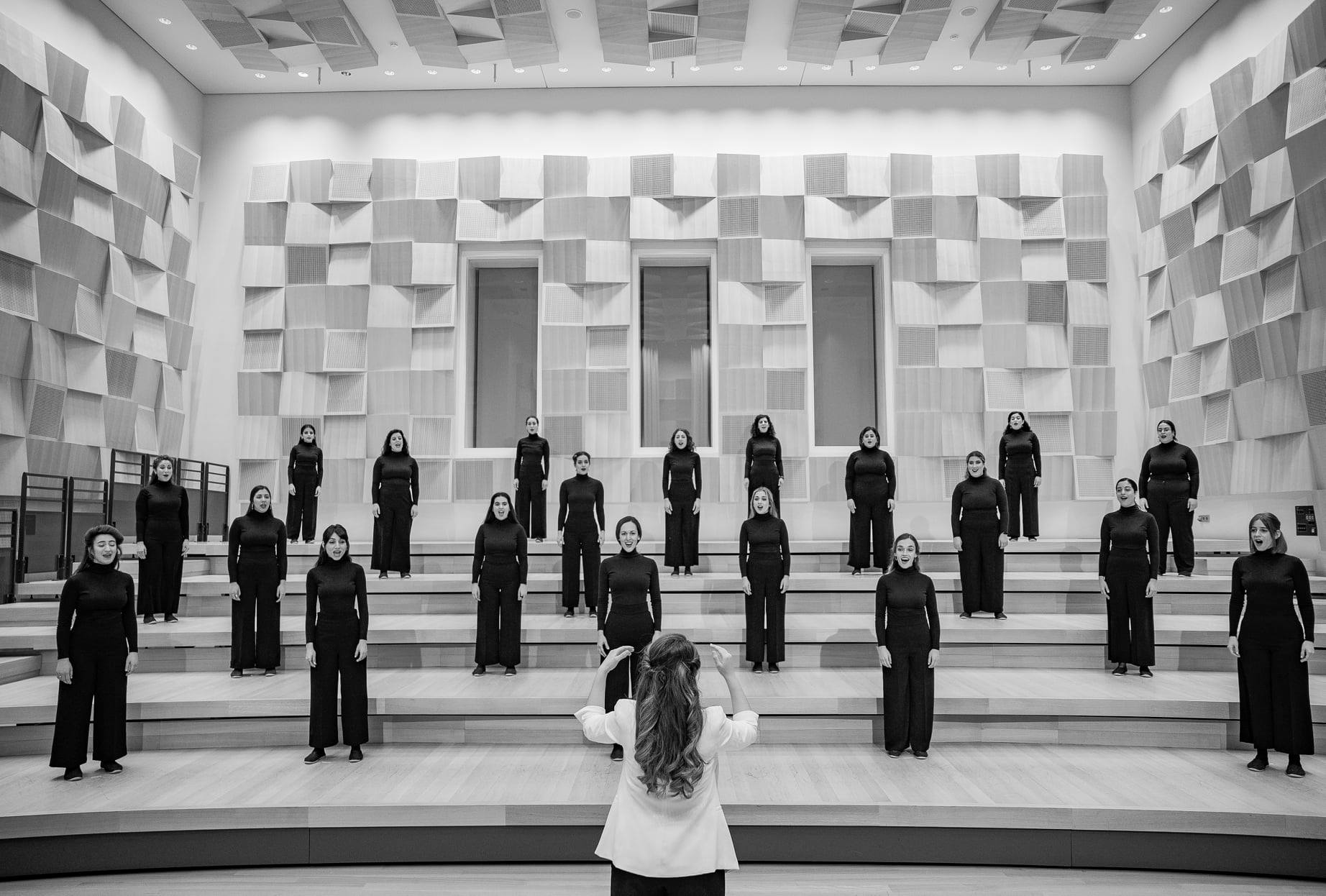 Faithful, despite the unprecedented circumstances, to its annual, long-standing date with the public on New Year’s Eve, the Stavros Niarchos Foundation Cultural Center will welcome the New Year with a rich and varied program that will be transmitted online through live streaming, as well as televised live by ERT2. The event will be hosted by actress Nandia Kontogeorgi.

The evening’s festivities will begin at 22:30 with a special artistic program in association with the Greek National Opera. The GNO will perform excerpts from great works of opera, ballet and symphonic music, as well as Christmas hymns and carols. From the Stavros Niarchos Hall to the Alternative Stage and the rehearsal suites, the Orchestra, the Ballet, and distinguished soloists, joined by the ΜεῙΖοΝ Ensemble and Marina Satti’s chórεs, will lead us into a festive journey with stops at the Christmas atmosphere of La boheme, the colorful world of Don Quixote, the dawning of Christmas day from The Mother’s Ring, the Viennese Waltzes of The Merry Widow and the “Macedonian dance” by Nikos Skalkotas.

After midnight, and a spectacular show of fireworks and Dancing Fountains at the Canal, stay tuned because coming up next are the ERT National Radio Contemporary Music Orchestra to revive famous Broadway musicals, Gumbo Ya Ya featuring Sugahspank! to sweep you up into the rhythms of New Orleans jazz & blues, and Palov to get you into the party mood with a DJ set dedicated to music of the Caribbean. Let’s all welcome 2021 together, even if we’re apart, with wonderful images and sounds that will reach into every home, in every corner of Greece.

• “The dawning of Christmas” from Manolis Kalomiris’ The Mother’s Ring

• La boheme by Giacomo Puccini, excerpts from the Second Act

• Performance on the Alternative Stage

The empty hall of the Alternative Stage comes alive at night, after the guard has made his final round. The seats leave their posts and watch beloved excerpts from operettas, performed just for them by strange monodists.

Joined by a 7-member instrumental ensemble of GNO musicians

“What shall we do with the drunken sailor”, traditional Irish song

Santa Claus is coming to town

• GUMBO YA YA feat. Sugahspank!

Gumbo Ya Ya present a concert-party with jazz & blues straight from New Orleans. The music of Gumbo Ya Ya fuses uplifting rhythms with the joyful funky dimension of brass instruments, with Sugahspank! adding her deep, soulful voice to the mix to complete the recipe.

Get the party started in your living room and welcome 2021 with DJ Palov on the decks, playing a set of latin, cumbia, afro, jazz, funk, hip hop, disco and reggae music, which will soon have even the most reluctant dancing the night away!