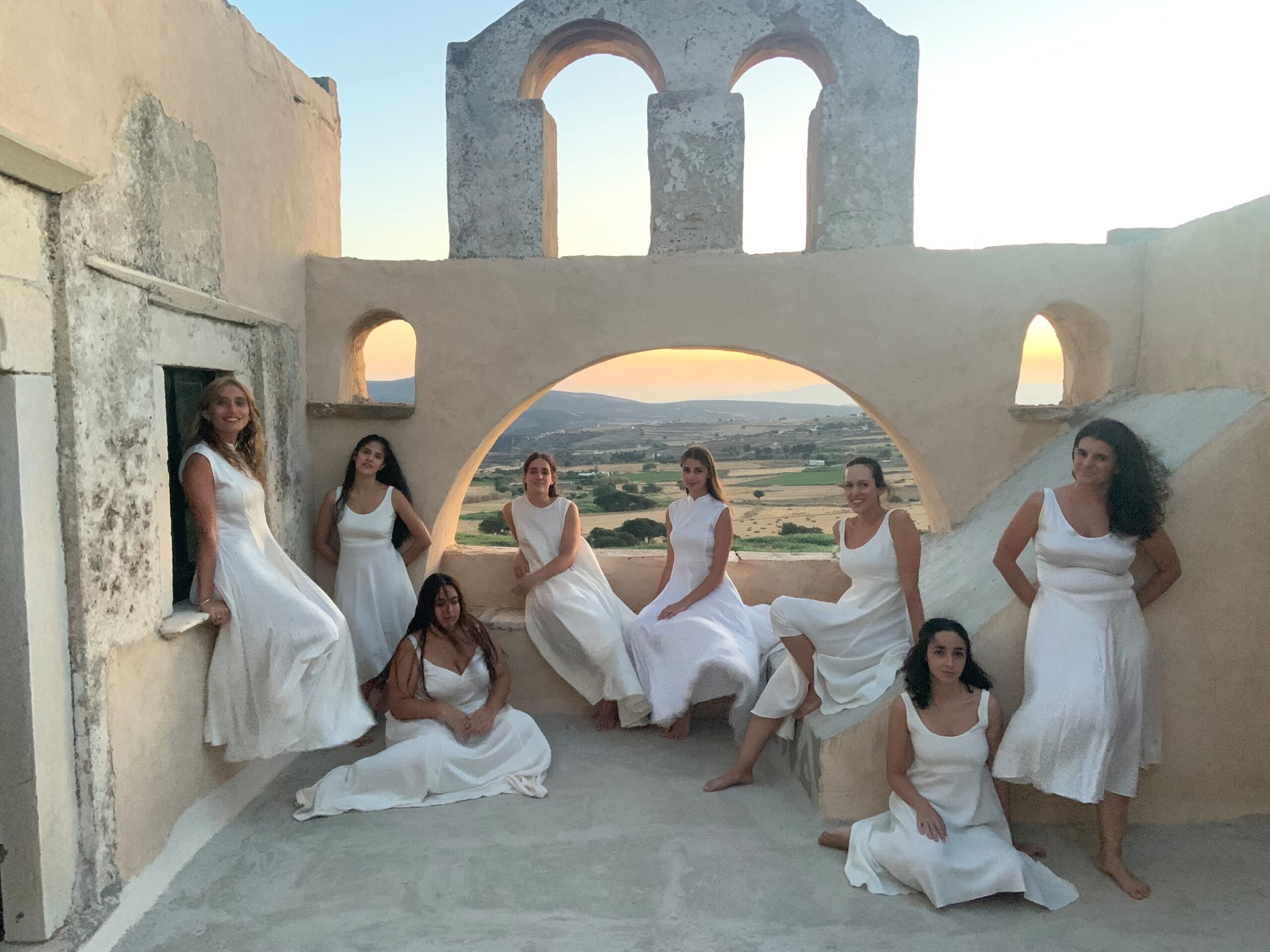 On Tuesday 27th July, the performance of the musical theater ‘Domna’s Song’, a production by the Alternative Stage of the Greek National Opera, took place in Naxos, at the Bazeos Tower, during the Naxos Festival 2021.

Amidst the turbulent years of the Greek Revolution, an overlooked heroine of the Struggle for Freedom talks to herself, to her era and to the contemporary audience. The song of lady Domnitsa narrates in a unique way – in 4 acts that feature singing and music – the story of the Thracian heroine of Greek Revolution, Domna Visvizi.

The story of Domna Visvizi, a monologue with choir interludes, is performed with sensibility by the actor Syrmo Keke, and is composed, in the musical theatre way, by a female creative team that features the journalist / writer Maro Vasileiadou, the composer Martha Mavroeidi (who interweaves traditional and modern compositions) and the director Maria Magkanari. 7 members of the female choir, Chórεs, also participate.

Lady Domnitsa’s song uses, as raw material, historical evidence (archives, attestations, documents, ship diaries, letters), processed in a variety of writing ways, from the demotic fifteen-syllable rhymed verses to experiential writing, with the aim to demonstrate the external reality and the personal lives of the people.

In between, the historical facts – years full of romantic ideas, patriotic visions and bitter denials – we witness her troubled personal life that includes motherhood, widowhood and financial disaster. Domna, a “compliant patriot” that sacrificed both her life and her family for the country’s freedom, is taking her destiny on her hands. In the new Greece, she has no house or money and rarely ever gets any help. She never asked and never received any honors for her contribution to the struggle for freedom. She stayed in a house, near the sea, in Piraeus, till her last days. She passed away at 67 and maybe during her last moments, she lit the candle in her room, right before getting dark, and heard the sound of the wind coming from the Aegean sea.

The production is implemented with the support of Stavros Niarchos Foundation [www.SNF.org] and is a part of the anniversary programme of the Greek National Opera for the 200 years of the Greek Revolution of 1821.