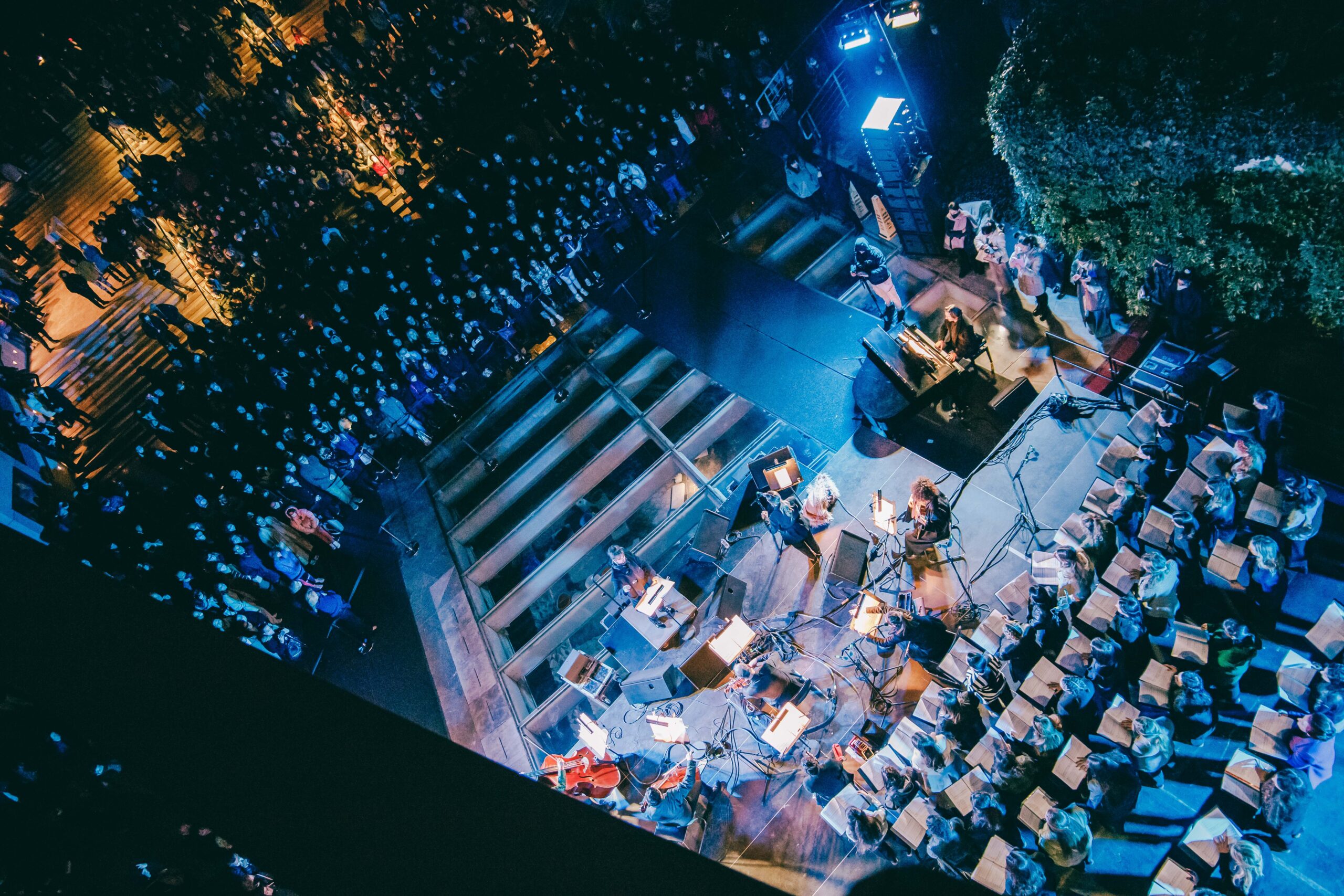 The death of driver Tassos Tousis during the tobacco workers strikes in Thessaloniki in 1936 and mainly the photograph of his mother lamenting over her son’s dead body that was published in newspaper Rizospastis the following day inspired Yannis Ritsos to write a series of heart-wrenching poems titled Epitaph.

Mikis Theodorakis set eight of them to music in Paris in 1958. The paradox is that that two years later, in 1960, two recordings of these poems were almost simultaneously released. The one was orchestrated by Manos Hadjidakis and sung by Nana Mouskouri, and the other was orchestrated by Mikis Theodorakis and sung by Grigoris Bithikotsis. It was the latter that went down in history and brought about a real revolution in the Greek music scene. Theodorakis’ setting, which manages to musically portray every single word of Ritsos’ riveting verses, the combination of high poetry with popular (in the sense of people’s) music and bouzouki, as well as Bithikotsis’ moving performance are the key characteristics of a work that is considered a milestone in Greek discography.

In this concert the eight songs are performed non-stop, as parts of an unbreakable song cycle. The lament of the mother (soloist) is combined with the dirge of the female chorus, while the introduction of the song “Mera Mayou” (On a May day) recurs as an obsessive idea (idée fixe) throughout the work, hinting at the final farewell procession.

The Acropolis Museum is situated about 300 metres south-east of the Parthenon in the historic area of Makriyannis and its entrance is next to the Dionysiou Areopagitou pedestrian walkway that links several archaeological sites of Athens. It first opened its gates to the public in 2009 and it houses the archaeological findings from the Acropolis and its outskirts. The Museum’s exhibition, organised according to topographical, chronological and thematic criteria, offers visitors a full picture of the site and its history during antiquity. Moreover, the building, which was designed by architects Bernard Tschumi and Michalis Fotiadis, ensures the visual connection of the Museum’s exhibits with the rock and the monuments of the Acropolis, aiming to become the continuation of the natural and built environment.