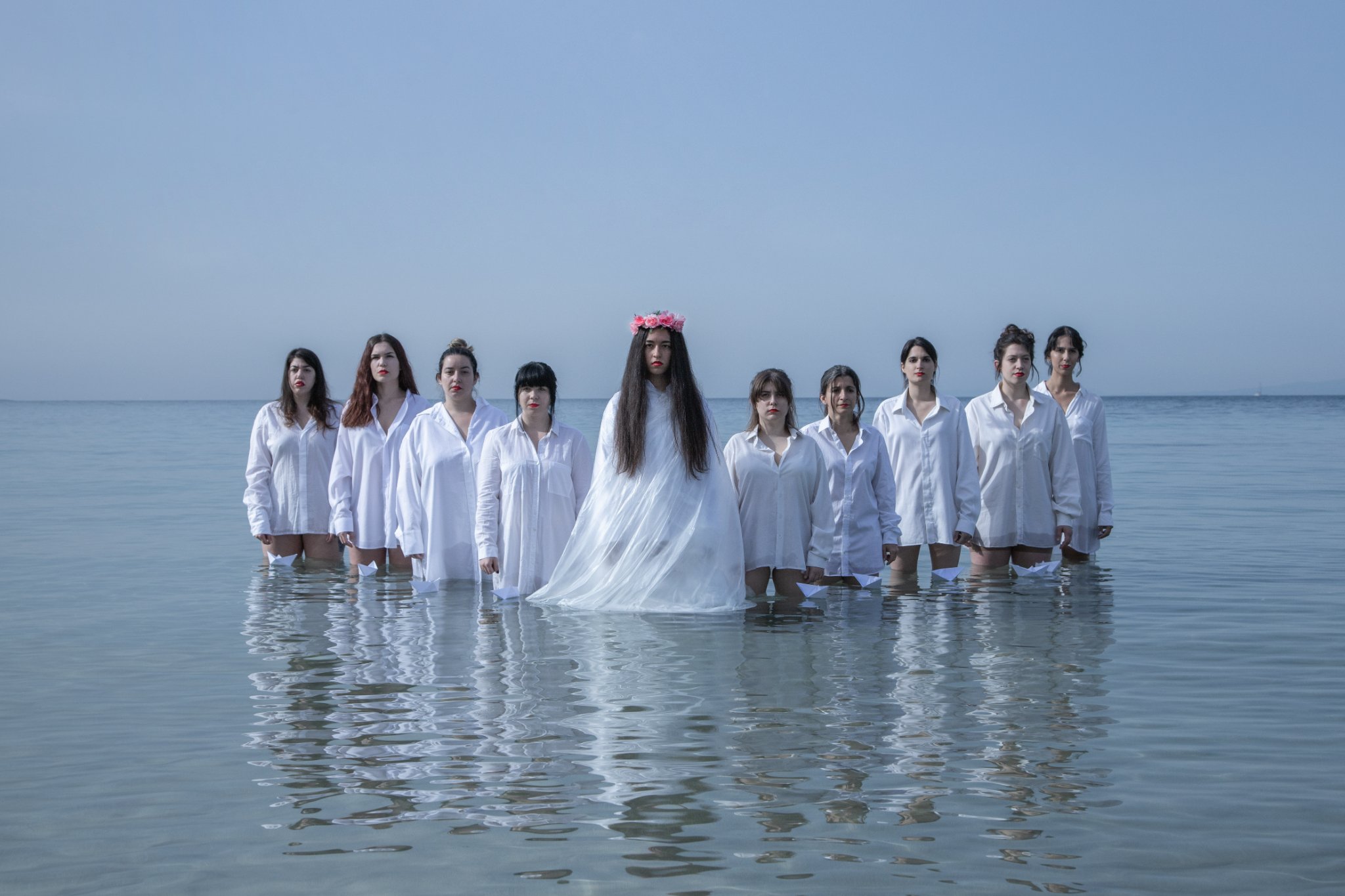 The female vocal ensemble CHÓRES under the artistic direction of Marina Satti returns to the Greek National Opera Alternative Stage at the SNFCC with two new programmes, focused on theatre and music respectively, that will be presented on 4 and 5 June 2022.

The first programme,  CHÓRES on Stage (4/6), includes music for theatre by Kharálampos Goyós (for Sophocles’ Antigone and Bost’s Medea) that will be presented for the first time as a work-in-progress transcribed for the female vocal ensemble CHÓRES, as well as a polyphonic narration of Alexandros Papadiamantis’ short story Eros-Hero, taught and directed by Giorgos Matziaris and based on a score by Simela Emmanouilidou.

Kharálampos Goyós’ music for Sophocles’ Antigone, based on Dimitris Maronitis’ translation, was written in 2016 for a production of the National Theatre of Greece directed by its then artistic director, Stathis Livathinos and honoured with the Music Award at the Cyprus Theatre Awards for the 2015/16 season. The music for Bosts’s Medea is the first score produced by the composer for theatre and it was written in 1999 for the performance of the play by the Theatre Group of the Cultural Center of the Municipality of Aghia Paraskevi, directed by Giannis Degaitis. The joint presentation of these two  scores does not focus on the tragic pair of Antigone and Kreon, nor on the imposing figure of (Bost’s) Medea and the comic conflict between her and Jason. On the contrary, emphasis is given on the treatment of the turbulent royal disputes by the general population. In terms of structure, the succession of the two works creates a form, where the tragic and sober first part is compensated by the playful and amusing second part, which serves as a kind of “satyr (or satirical?) play.”

The transcriptions of the works for the female vocal ensemble CHÓRES and the present arrangement were created especially for this concert and are presented for the first time as a work-in-progress. Heartfelt thanks are due to Erifyli and Niki Maroniti for the permission to use Dimitris Maronitis’ translation of Sophocles’ Antigone for free, as well as to Yannis Bostantzoglou and Thalassini Vostantzoglou for the permission to use the text of Bost’s Medea for free.

With the polyphonic narration of Alexandros Papadiamantis’ famous short story Eros-Hero, written in 1897, director Giorgos Matziaris attempts to create a scenic “ode to love”, while highlighting the acting skills of the vocal ensemble members.  Thanks to simple, handcrafted stage solutions, CHÓRES turn the Alternative Stage into a boat threatened to be engulfed by the rage of the sea, to tell through their bodies and voices the story of the unfulfilled love of sailor Yorgis for the young girl Archonto, while excerpts of famous songs by Michalis Souyioul and Alexia Emmanouilidou are blended with Simela Emmanouilidou’s original score. “What is love? To want to be with someone and not dare to? To not be able to hold their hand and tell them ‘let’s go wherever it takes us’? Is it love to feel that you are not loved? Is it love to keep hoping till the end? Is love mutual or can it still be love even if it is not mutual?”, notes the director Giorgos Matziaris.

The event «CHÓRES ON STAGE / CHÓRES IN CONCERT» is part of the GNO Alternative Stage’s strand of programming titled “SUNDAY MORNINGS” that falls under the Act “FESTIVAL EVENTS OF THE GNO ALTERNATIVE STAGE” (MIS 5004053), code 2017ΕΠΑ08510107 (Axis 06 of the “ATTICA” O.P.), and is co-financed by the European Regional Development Fund (ERDF) and National Funds.